In the last decades the temperature of urban areas increased markedly, worsening the difference in temperature with respect to the surrounding rural areas. This well-known phenomenon, identified as the urban heat island (UHI) effect, is the result of several causes, some of them controllable, such as urban design, anthropogenic heat, air pollutants, and other ones uncontrollable, among these sun intensity, wind speed and anticyclone conditions. Moreover, the UHI effect is related to the increase of greenhouse gases add CO2 emissions, as well as to energy demand for air conditioning. Finding effective solutions to UHI is one among the most urgent needs, not only for human comfort but also to preserve the environment from climate change. One among the most effective solutions is increasing the passive cooling capabilities of the building by increasing its external albedo (radiation reflected by a surface). This can be achieved through green surfaces (green roof, green facades) which, however, show high installation and operation costs or through solar reflective materials such as “cool roofs”, which are characterized by the aptitude to reject solar radiation across both the visible and invisible portions of the solar spectrum. Those materials are characterized by high solar reflectance (300-2500 nm) and high thermal emissivity (4000-40000 nm). The first generations of cool roofs were characterized by white color. This made difficult to integrate cool materials in urban contests where roofs are visible from the streets, so new cool roof generations were implemented with the addition of pigments to create the so-called “cool colors”. Those materials are generally characterized by a Solar Reflectance higher than other products with the same visual response, thanks to an increase of solar reflectance in the NIR spectral range. The first studies on both white and colored cool roof categories were carried out on polymeric materials (membranes and paints), which were easier to prepare since they do not require long industrial cycles and preparation. 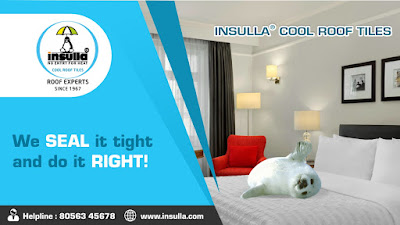 Solar Reflectance:
How effective the roof becomes when the tile contains solar reflective materials in it?

Solar reflective materials are among the most effective ways to counteract the urban heat island effect. Recently, inorganic materials such as those for roof tiles are being developed to provide solutions more durable under weathering and characterized by easier cleaning processes.
Solar Reflectance is a fragment of sunlight that a surface reflects. Sunlight that is not reflected is absorbed as heat. Solar reflectance is measured on a scale of 0 to 1. For example, a surface that reflects 55% of sunlight has a solar reflectance of 0.55. Most of the dark roof materials reflect 5 to 20% of incoming light from the sun, while light-colored roof materials typically reflect 55 to 90%. Solar reflectance has the biggest effect on keeping your roof cool in the sun. 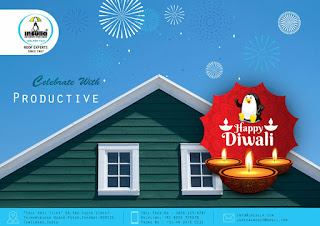 Solar Reflectance Index (SRI):
Solar Reflectance Index (SRI) is another metric for comparing the “coolness” of roof surfaces. It is calculated from the values of solar reflectance and thermal emittance. Thermal emittance for INSULLA TILE being 0.93. The higher the SRI, the cooler the roof will be in the sun. For example, a clean black roof could have an SRI of 0, while a clean white roof could have an SRI of 100 with INSULLA cool roof tile having an SRI value of 92. Dark roofs usually have an SRI less than 20.

How does INSULLA Cool Roof Tile helps in reduction of solar heat and radiation?

INSULLA Roof Insulation Tiles, designed specially to keep your home cool and pleasant. Made with advanced technology Shell Lime based Cool Grit Granules along with Aerogel composite, it has the power to lower surface temperature by up to 20ºC.Which not only keeps the heat out of your homes, but also brings down the use of Air Conditioners and electricity consumption. It reduces inside room temperature 5 to 8 degree Celsius minimum. This new insulation will help reducing the roof bottom surface temperature by 7°C when compared with RCC roof without insulation. This unique composition of tiles makes it extremely efficient for its thickness and prevents substrates from gaining heat, making those surfaces cooler to touch. These tiles made with cool grit granules helps to absorb and store within them, the humidity from the air, cooling the tile and surface below it. As the temperature rises, these granules release the water vapor, ensuring that the heat is not transferred below.

Heat resistant is somewhat like protecting the humans and the buildings from the high rate of sun rays and reflection that affects both hu...

Our Services in chennai